Abstract: Weighted majority votes allow one to combine the output of several classifiers or voters. MinCq is a recent algorithm for optimizing the weight of each voter based on the minimization of a theoretical bound over the risk of the vote with elegant PAC-Bayesian generalization guarantees. However, while it has demonstrated good performance when combining weak classifiers, MinCq cannot make use of the useful a priori knowledge that one may have when using a mixture of weak and strong voters.

In this work, we propose P-MinCq, an extension of MinCq that can incorporate such knowledge in the form of a constraint over
the distribution of the weights while having strong generalization guarantees. The approach is applied to a vote of k-NN classifiers with a specific modeling of the voters' performance. P-MinCq significantly outperforms the classic k-NN classifier, a symmetric NN and MinCq using the same voters. We show that it is also competitive with LMNN, a popular metric learning algorithm, and that combining both approaches further reduces the error.

Abstract: We show how data mining and in particular graph mining and clustering can help to tackle difficult tracking problems such as tracking possibly multiple objects in a video with a moving camera and without any contextual information on the objects to track. Starting from different segmentations of the video frames (dynamic and non dynamic ones), we extract frequent subgraph patterns to create spat io-temporal patterns that may correspond to interesting objects to track. We then cluster the obtained spatio-temporal patterns to get longer and more robust tracks along the video. We compare our tracking method called TRAP to two state-of-the-art tracking ones and show on four synthetic and real videos that our method is effective in this difficult context

Abstract : Domain adaptation (DA) has gained a lot of success in the recent years in Computer Vision to deal with situations where the learning process has to transfer knowledge from a source domain to a target domain. In this paper, we introduce a novel parameter free unsupervised DA approach based on both subspace alignment and the selection of landmarks similarly distributed between the two domains. Those landmarks are selected so as to reduce the discrepancy between the domains and then to allow a non linearly projection of the data in the same space where an efficient subspace alignment (in closed-form) is performed. We carry out a large experimental comparison in visual domain adaptation that shows that our new method outperforms the most recent DA approaches. 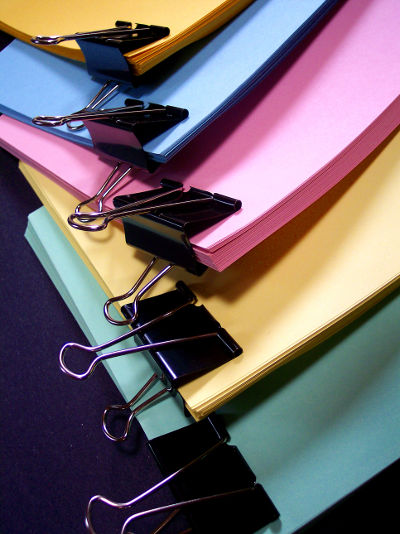